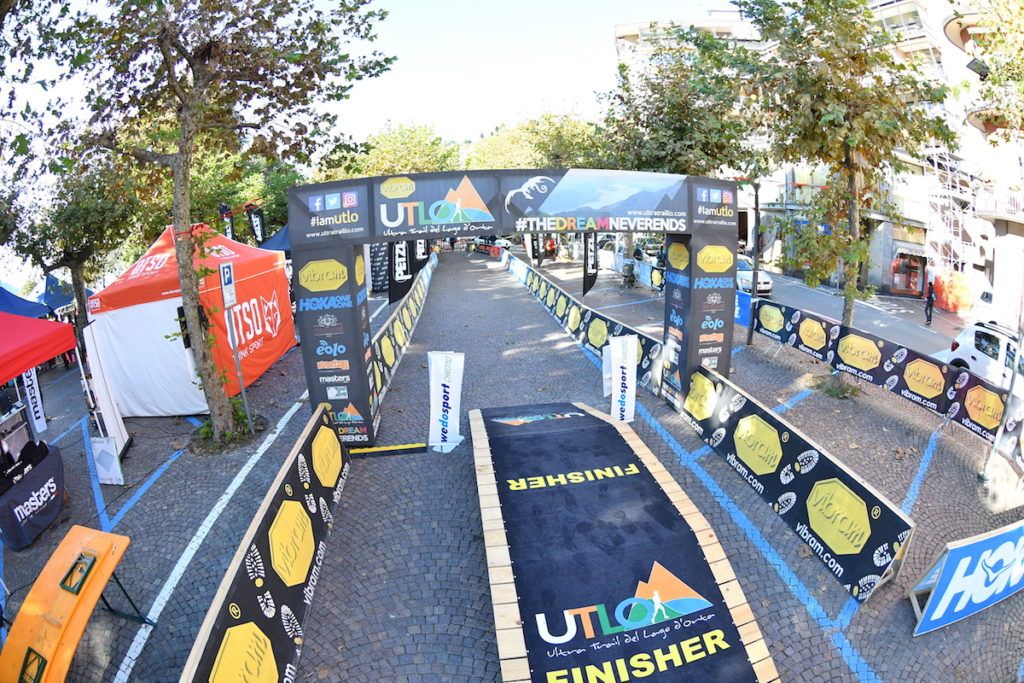 A couple of days have passed and we are still stunned by the amount of emotions felt.
Being able to complete the event seemed really impossible, and yet, despite even those who had already given us for dead, we did it. All together, you and us.
Thanks to our historical sponsors: Vibram, Hoka One One, Birra Menabrea, Eolo, Kratos, Metallurgica Bruno Crolla for reconfirming their trust in us even in such a difficult year.
Thanks to the new sponsors who have joined: Masters , NBS, La Tecnogalvano who trusted us and we hope not to have disappointed them.
Thanks to FIDAL Piemonte for honoring us by choosing our race for the assignment of the Trail Italian and regional Championship.
Thanks to the Province of Verbano Cusio Ossola, to the City of Omegna, to the municipalities of Quarna Sopra, Quarna Sotto, Varallo Sesia, Nonio, for having granted us the necessary permits to be able to carry out the event in such a complicated period. Thank you for not stopping in the face of difficulties but having believed in a project with a solid safety plan, it is not something to be taken for granted.
Thanks to all the municipalities that,for obvious reasons, we have not been able to cross this year but that we will certainly involve in the next edition.
Thanks to all those who have been committed to safety on the tracks: the Italian Red Cross, the Alpine Rescue, the Soccorso Piste Mottarone, and the various Protezione Civile involved. Getting involved in a pandemic period is not for everyone. Thank you for being once again at our side and playing the role of guardian angels for athletes as always.
Thanks to the Pro Loco of Omegna which, even if with last minute changes, has performed its task in a commendable way.
Thanks to the Gnomi del Mastrolini, at Quarna Outdoor, at the Trail del Motty, for helping us to pass on the paths they take care of, for their events, and rebuild the path, after the flood that, at the beginning of October, had seriously damaged, if not destroyed, part of the paths on which we normally passed. This is not usual, and for this we are immensely grateful.
Thanks a million times to our volunteers, organized as friends from Arola, A & Team, Cusio Cup, Rivano, Nordic Walking Novara or individuals.
We always say it and we look a bit like a broken record but it’s the truth: without them UTLO could not exist.
In this difficult moment you once again put yourself on the line and brought that humanity, that kindness and those smiles, even if veiled by the masks, that won the hearts of the participants.
Finally, Thanks to you athletes. You showered us with compliments and thanks.
However, you did the best compliment by participating. You have trusted us and we hope we have been able to deserve it and have made you feel safe as much as possible.
The period is dark, we have tried to bring a small light, a dawn, which can be a good omen for a resumption of the normality that we seek so much.
As someone said, after having finished putting the set-ups in the warehouse, UTLO is now asleep. Rest assured, it will wake up and, once again, it will be ready to welcome you dressed up to show you the beauties of Lake Orta, to put you in front of a new challenge with yourself, to applaud you when the goal is reached or console you with a hug and a beer.
You know, UTLO never ends.
See you on the next trip.
The staff